I know many kids around the country are already back at school, but here in NYC, we do not surrender summertime until after Labor Day. And for the first time in a few years, my kids are more ready to go back than I am.  My summer was incredibly busy with work, and the corresponding non-attentiveness to childrens’ needs with which most work-at-home parents are probably familiar. I’m just coming up for air now, taking a few days to attend to school shopping (I totally missed all the sales) and helping them to finish off their summer work. Seems like a good time for an update on the Momentum Optimization Project.

The general takeaway for Summer 2014: Inconsistent enforcement, but nonetheless promising results. Here’s how it went.

Herself–age 11, entering middle school in the fall–is the night owl of the family. And yes, she stayed up too late every night and slept too late every day. I am not proud, but that’s our reality. I would lose billable work hours fighting to get her doing things in the morning, so we just adjust to her natural clock in the summertime. I work from 5:00 am until around 1 o’clock, at which time she’s just getting ready to join the living. Beginning in August, we set slightly firmer bedtime parameters (close-up screens off by 10, but she can stay up and watch tv after that), just to get her a tiny bit in tune with the non-vampire world.

Her operating on such opposite internal clock from the rest of the family is a real challenge. By the time she is ready to work, I’m fried from having spent 6 or 7 hours in front of my own computer thinking and sorting and editing. And so,  I didn’t stick to my guns on  The List as much as I would have liked. I certainly cannot claim that I adhered to it every day. BUT: Just doing it on some days made a huge difference. There was no fighting or whining over homework, other than occasional prods from me to “Just sit down and read (or write) for twenty minutes” or “Do your list” before I let her go play on the computer (or watch tv). A bunch of little spurts of energy devoted to it here and there, and at the end of the project she had put more time into each assignment than she would have had I insisted she get it all done the first week of July, or whenever. Oh, and she did clean the bathroom, walk the dog, and do her other chores almost every day.

If it weren’t for the fact that by the time she was awake enough to work, I was too mentally spent to work on school stuff (we’d usually just make lunch and then head to the beach), we probably would have been done with her summer work much sooner. But the weather was exceptional this summer, and the beach was beautiful, and what’s the point of living here if I can’t get my kids in the water most days. 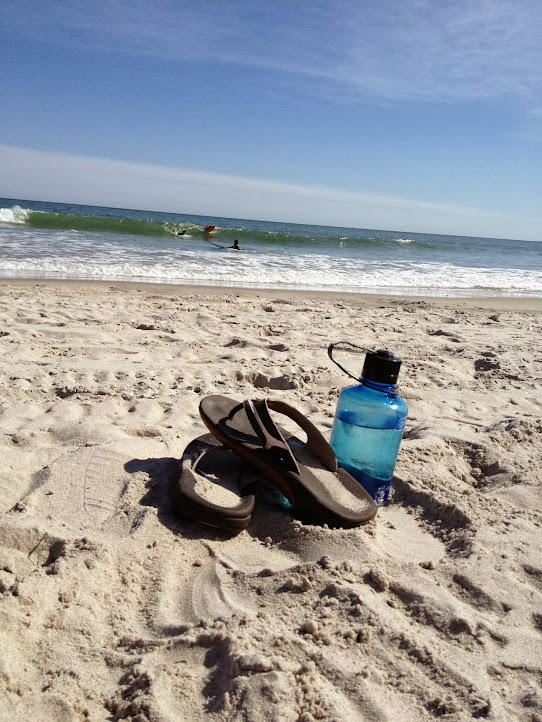 So, yeah, we still have a lot to do this last week. But we don’t have to do everything. Even though I was not particularly good about leaning on her to spend the planned 15 minutes per day on homework, she did read quite a bit all summer long, and she completed two out of three written assignments over the past four days. (She’s read the third book and just needs to work on her essay this week). Her math assignment is something I put off–it involves making a Power Point presentation, something I haven’t had time to figure out. So, she’s doing the research this this, and her brother or dad will help her with the technical aspect of presentation before school starts.

So, end result: Not perfect, but promising. She had a fun summer, which should really be the first priority for an 11 year old. She spent her waking hours at the beach and nights playing Minecraft. And she did her work, and seems to have done it pretty well. I think that she’s finally starting to understand that projects are far less onerous when broken up into manageable chunks. That, hopefully, will lead to better habits all around.

That’s certainly been the case for my son. He’s 14 now, about to enter high school, (although his school goes from grade 6 through 12, so it won’t be the same kind of transition it is for many kids). He is an early riser like me, so when he wandered into our Room of Requirement (the basement is an open space that hosts both my home office and the family rec/computer area) each morning, I’d just remind him to do the list before he got started on the machines. He was pretty good about it, too. He’d do his chores, then read.

For the month of July, he was excused from school work at home because he was attending a full-day HS prep program at his school, during which he was working pretty intensely on math and reading his books during his free time. So, we devoted August to his English assignments. He had a choice of several non-fiction titles, one of which was The Seven Habits of Highly Effective Teenagers. Given my interest in habit building (I’m midway through The Power of Habit myself as I write this), that’s the one I picked for him. (The rule in my house is: If you don’t want to go shopping–and my kids HATE shopping–you take what mom gives you). I ordered the audio version for myself so I could discuss it with him, and whenever he finished a “habit,” we would have a little informal discussion about it while we did other things (making dinner, walking to the beach, etc).

Long story short: He really liked the book, despite his initial misgivings. He started his essay on it last week, and for the first time, stretched out the process of writing the essay over several days. My son is a great reader, but not a great writer, and he finds writing such a chore that he tends to rush through written assignments, and avoid revising at all costs (which can make his editor mom’s blood boil). So this time, we spent some time at the whiteboard and just worked on an outline for two days (by which I mean: two 15-minute sessions). He wrote his draft over the next two days, and then we worked together to finalize the draft on the fifth day. All told, he spent several hours on the essay, including discussing, outlining, writing, and revising, in addition to reading the book. In the end, he was really, really happy with his essay, and admitted that it hadn’t felt like all that much work because he’d broken it up into smaller bits. So, a win for me, and for the Momentum Optimization Project.

That’s not to say any of it is a “habit” yet. When he started on his second essay yesterday (this one in response to a fiction book), he tried to outline and write the essay on the same day. The result: Total meltdown. I had to practically smack him out of it, reminding him that the goal for the day was just to figure out the main point and maybe locate some evidence for his outline. (There was also a five minute argument over the fact that the Kindle edition of the book I bought him did not include page numbers, which he swore were the only appropriate way of referencing the text. My son and I are on opposite sides of the paper v. ebook divide). Clearly, the key will be consistency (never a strong point for me) and providing constant reminders that slow and steady is the best way to finish–if not necessarily win–the race.

4 thoughts on “The August Adjustment: Getting ready for back-to-school”